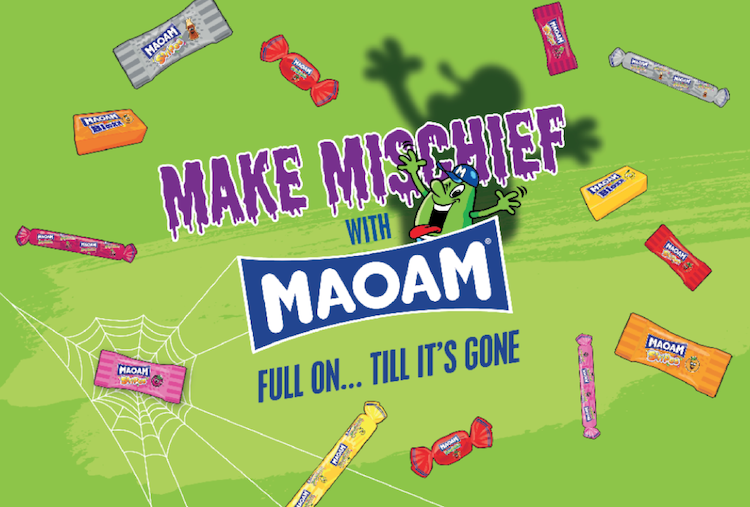 Trick or treat? Halloween is approaching, and MAOAM is here to provide lots of tasty treats… and they’ve got a few tricks up their sleeves too!

This October, MAOAM is going on tour, bringing mischief to life across the UK with their Mischief Manor. Inside there’ll be riddles, ghoulish mirrors and plenty of photo ops!  And to satisfy your sweet tooth, there will also be a chance to sample some yummy MAOAM Stripes. 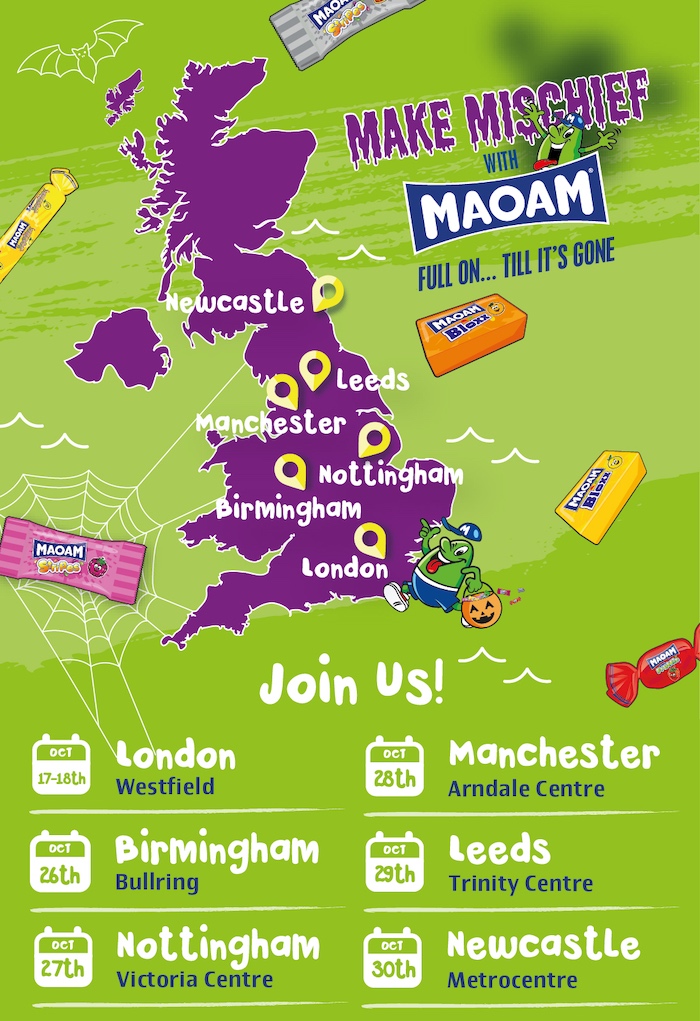 Join us on MAOAM’s Mischief Tour and enter MAOAM's Mischief Manor this Halloween!  Inside the manor, there’ll be riddles, ghoulish mirrors and photo ops as well as the chance to sample MAOAM Stripes!

To get you Halloween-ready and feeling spooky, we’ve teamed up with MAOAM for some sweet treats (and tricks)!

* Entrants must be 18 or over. This competition is running on Capital London, Birmingham, Nottingham, Manchester, Yorkshire & North East with one winner only.  Full Ts&Cs apply.